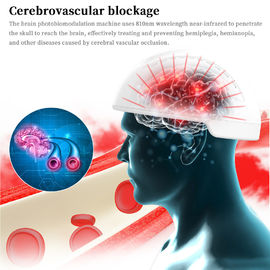 CASE STUDIES
One case study, presented at the Alzheimer’s Association International Conference in 2017, documented one AD patient’s response to PBMT. The participant was given a PBMT headset to take home and use 6 times per week for 17 weeks in conjunction with its intranasal device. Improved cognition and quality of life outcomes were noticeable in days, and continued to improve over the 17 weeks of treatment. By the second day of PBMT, the patient reportedly “emerged from silence and started to hold meaningful conversations”. No negative side effects were observed.