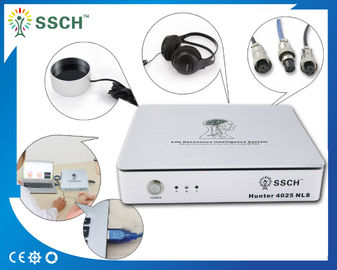 The main feature of Metapathia GR Hunter software is function called “Three-dimensional Scanning” which allows to localize automatically a nidus where tumor appeared,heritable diseases, etc. and to find the reason of appearance at genome level, passing one after another histological cuts, cytological cuts, chromosome sets, separate chromosomes, and go deeper to fragments of DNA helix.

Theoretical and experimental work that has made it possible to produce the "Metatron" system - a nonlinear quantum generator - which was initiated by Nikola Tesla, a man of genius in electronics at the end of the nineteenth century.