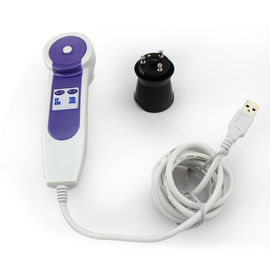 The iris scope has its DRIVER-FREE SOFTWARE, which can save client information and photos as well as product recommendations. Analysis reports can be printed and photos are saved according to the date and time taken.

HISTORY OF DIAGNOSIS THROUGH IRIS

Hundreds of years ago a boy named Ignatz Von Perczely played with an owl in Egervar, near Budapest, Hungary and suddenly broke the owl’s leg, when that child was only 10 years old and he immediately realized that this owl had in his iris a long black stripe to which he was surprised and it came to his mind that this line had something to do with the breaking of his leg. The boy began to attend to the owl and to cure his leg and at the same time he followed the black line that was disappearing with the improvement of the owl. The most surprising thing for him was that instead of the black line there was a white line left as the owl healed until the wound completely healed and the black line disappeared.

That child became Dr. Ignatz Von Perczely (1826-1911) practically the discoverer of the diagnosis through the iris who later had the great help of the greatest exponent Dr. Bernard Jensen who developed more activity with x-rays, stool tests and other analyzes in thousands of eyes that I check during their professional practices.

* Adjustable focus to give clear image.